Six Oscar-Nominated Movies Based on Books 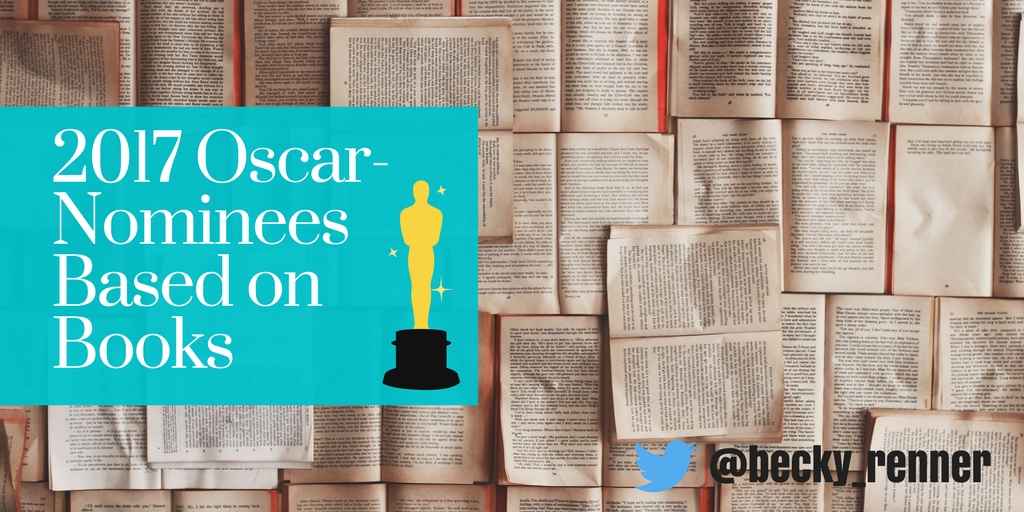 This year, the Academy Awards will air on February 26th this year. Several of the movies nominated are based on books or stories.

Arrival (2016) is the story of an alien arrival on planet Earth and the linguistics professor, played by Amy Adams, who endeavors to interpret the language of the alien visitors.

Arrival is based on Ted Chiang’s Nebula-winning novella “Story of Your Life.” You can read this and other stories in his collection Stories of Your Life and Others.

Fences (2016) chronicles the life of a working-class African-American father and the trials he faces in trying to raise a family in the 1950s.

Fences is based on the play by the same name by August Wilson, which won the Pulitzer Prize in 1987. Wilson, who passed away in 2005, finished writing the screenplay before his death.

Hidden Figures (2016) is based on the true story of a group of African-American women who worked for NASA to calculate important data without which man might never have reached the moon. (I love this kind of story! Women, science, civil rights! It reminds me of The Immortal Life of Henrietta Lacks!)

Hidden Figures is based on the novel by the same name, written by Margot Lee Shetterly.

Lion (2016) is a movie about a lost Indian child who gets adopted by an Australian couple at the age of 5. Twenty-five years later, he returns to India to find his lost family.

Lion is based on the memoir A Long Way Home by Saroo Brierley.

Moonlight (2016) is a coming-of-age story that chronicles the life of Chiron, a black man growing up in a rough part of Miami.

Coming to us from Sweden, A Man Called Ove (2015)  is based on the much-talked about book by Fredrick Backman (and translated into English by Henning Koch.

In A Man Called Ove, a misanthropic widower finds new life in the friendship that develops with his boisterous new neighbors.

I still haven’t read this one, and I definitely need to. It looks great!

You can read the screenplays of these here for free.

Don’t forget to enter my contest to win a free book!