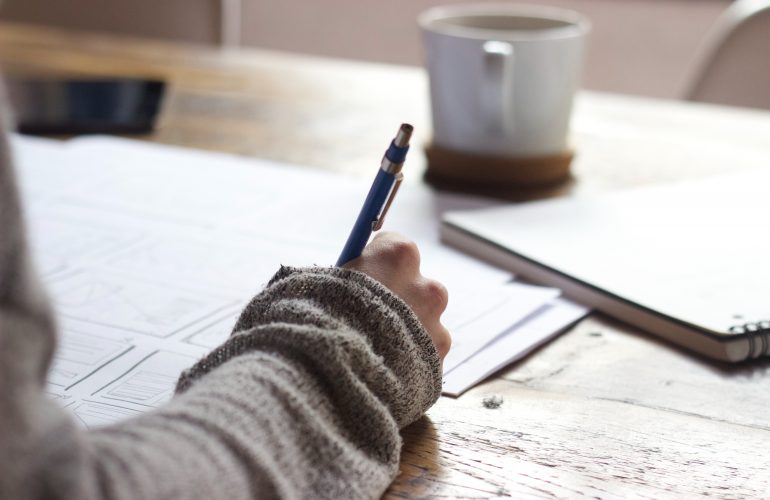 December 7th is National Letter Writing Day, which reminds me of the good old days of slow, laid-back communication. With the internet, telephones, and video chats available to us now, we generally don’t reach for pen and paper to communicate with our friends and loved ones.

But maybe it’s time to bring back that sense of nostalgia. We move too fast these days.

Below are some books featuring letters to celebrate National Letter Writing Day. Maybe these books can show us how good old-fashioned letter writing is done.

The Color Purple by Alice Walker

After her sister leaves for Africa, Celie is betrothed to an abusive man. With nowhere else to turn, she begins writing letters to God. For twenty years, we learn about her found friends and the lessons she learns in her life through these letters. Her biggest triumphs and deepest fears are written with raw and emotional intensity as she lives through her life. Through these and letters from her sister, we watch Celie find her independence through the support of other strong women.

The Screwtape Letters  by C.S. Lewis

In this spiritual-warfare satire, Screwtape is a “senior tempter,” a demon giving advice to his nephew, Wormwood, on how to influence the life of a young man who has converted to Christianity. But Wormwood’s having a rough time of it. It’s harder to make some humans sin than he thought.

Bee is looking for her mother, an agoraphobic woman who seems to not want to be found. So Bee uses what she has, Bernadette’s emails, documents, and other correspondence to piece together a trail in the hopes of finding her. The letters in this book act like clues.

This book is kind of a big deal. If you haven’t read it yet, you need to.

Flora returns home with her sister to take care of their aging father, Gil, who fell when he thought he saw their missing mother, Ingrid, 12 years after she disappeared. The chapters in this novel alternate between the present and the letters Ingrid hid between the books in Gil’s library. Each letter illuminates Ingrid and Gil’s marriage and its effect on their children. They also bring us closer to understanding Ingrid’s disappearance.

An American Marriage by Tayari Jones

Can I write a list without mentioning this book? All signs point to no. Jones’s unforgettable novel chronicles the marriage of an ambitious dollmaker and her husband, who is falsely accused of a heinous crime. Their letters, exchanged while he’s in prison, show the toll incarceration takes on individuals and families of color.

What are your favorite books that contain letters? Let me know in the comments below.

Did you love this blog? Help keep them coming by contributing to my Patreon or by buying me a Ko-Fi.