My Story in Outside Magazine: The Snake That Ate the Everglades 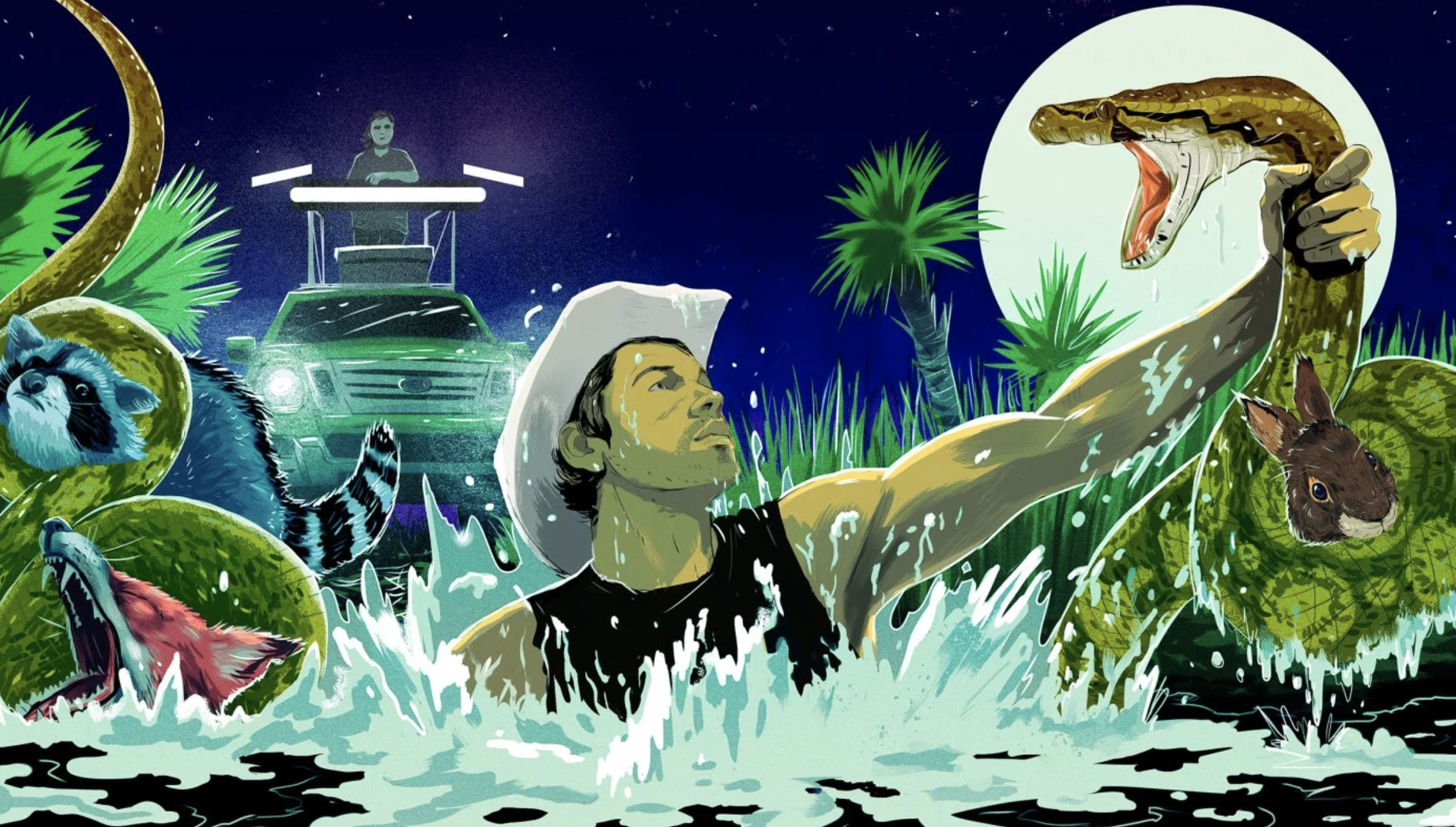 Earlier this year, I followed some python hunters into the Florida Everglades. I had a lot of stereotypes in mind. I thought they would be rougher people, but in the days I was down there, I came to realize that none of them were who I expected. To my surprise, the python hunters were conservationists, and their choice to protect the Everglades by eliminating pythons was fraught with emotion and not a choice any of them took lightly.

Today, Outside Magazine published the story.

Night had fallen over the Everglades, but Donna Kalil kept driving. She leaned out the window of her Ford Expedition as it followed the rutted levee road and peered across the saw grass as far as the stark glare of her floodlights would reach. Kalil was determined to catch a Burmese python.

It was Saturday, January 11, the second night of Florida’s Python Bowl, a ten-day state-sponsored hunting competition designed to raise awareness of the invasive species eating its way through the Everglades’ fragile ecosystem. The first Python Challenge, as the event used to be called, was held in 2013, and it brought in just 68 snakes. This year’s contest will ultimately net a total of 80. So far, Kalil, 57, a python elimination specialist for the South Florida Water Management District, had only caught one. Her pride as a professional python hunter was on the line.

Read the rest in Outside.