Review of The Ballroom by Anna Hope 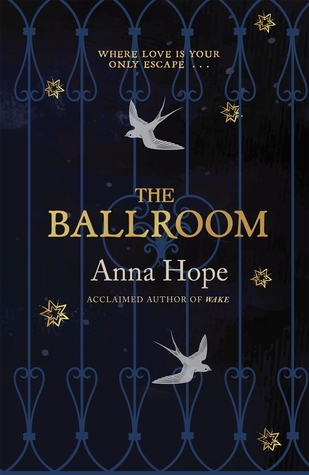 The Ballroom, a novel by Anna Hope, is a book with a split personality. That is pretty ironic considering that it is set in an early 20th century mental hospital on the English moors. Truthfully, I was a bit wary of the subject matter at first. Many authors have a tendency to either romanticize or vilify people with mental illness. Although The Ballroom centers around a romance, the greatest accomplishment of the novel is that it does neither, instead portraying the characters as human being with thoughts, fears, and troubles just like anyone else. Hope also seeks to enlighten her readers with the lesser-known treatment of those who are mentally ill. To do this, Hope writes a doctor character who wishes to take part in the implementation of a eugenics program in England, starting with Sharston, the mental institution where the novel takes place.

Except little of this drama comes to pass in the first half of the novel. Frankly, I’m not sure anything happened in the fist half. A main character was institutionalized, we learn a little background of the protagonists and antagonists, and there is a Coronation Day festival with costumes and a tug-of-war. But really, nothing from the main plot takes hold until more than 100 pages pass. I almost bailed on this book several times, because 100 pages is well past my ditch point, but I struggled onward.

Past the halfway mark, the story goes from bland to remarkable. There is love and secrecy, there are plans of escape, pregnancy, torture, illness, death! The story has stakes, too: will the doctor succeed in his eugenics plan? Will Ella be forced to abort her baby? Will Ella and John ever be together? Can they escape? Will they get caught? Even the prose blossoms. Check this paragraph out:

“At the entrance to the mortuary, the young nurse stepped back, nodding him forward. Charles pushed open the door and stepped inside. The room was filled with a strange aqueous light, almost as though he were standing in a cavern at the bottom of the sea. Miss Church lay on the slab in the middle of the room, and from where he stood she might have been asleep. He made his way over to where she lay. Some careful person had brushed her hair so it coursed over her pillow, and a strange brightness seemed to emanate from her skin. Her position, with her hands folded over her chest and the sheet pulled up to her chin, her hair like that and the submarine light, all added to the impression that she might have been drowned, but the bandages around her wrists gave the lie to that. He touched his finger to her cheek. Its coldness was a shock. He turned to the nurse. ‘How?’”

Dark and beautiful, and frankly completely different from the turgid prose that inhabits the first part of the novel

The second half of the novel is a five for me. With beautiful prose, dire stakes, characters I can root for, and excellent research on the history of mental health treatment (that is still a relevant topic), the second half of The Ballroom is a stellar read.

Too bad the first half is every part as bad as the second part is good. One star, maybe. If you can make the trudge past the dull first 100 pages, I’d say go for it. But if you’re an impatient reader like me, start in the middle.

*Disclaimer: A digital arc copy was furnished to me by Net Galley in exchange for my honest opinion.