Bees and Books: What You Can Do to Protect the Planet 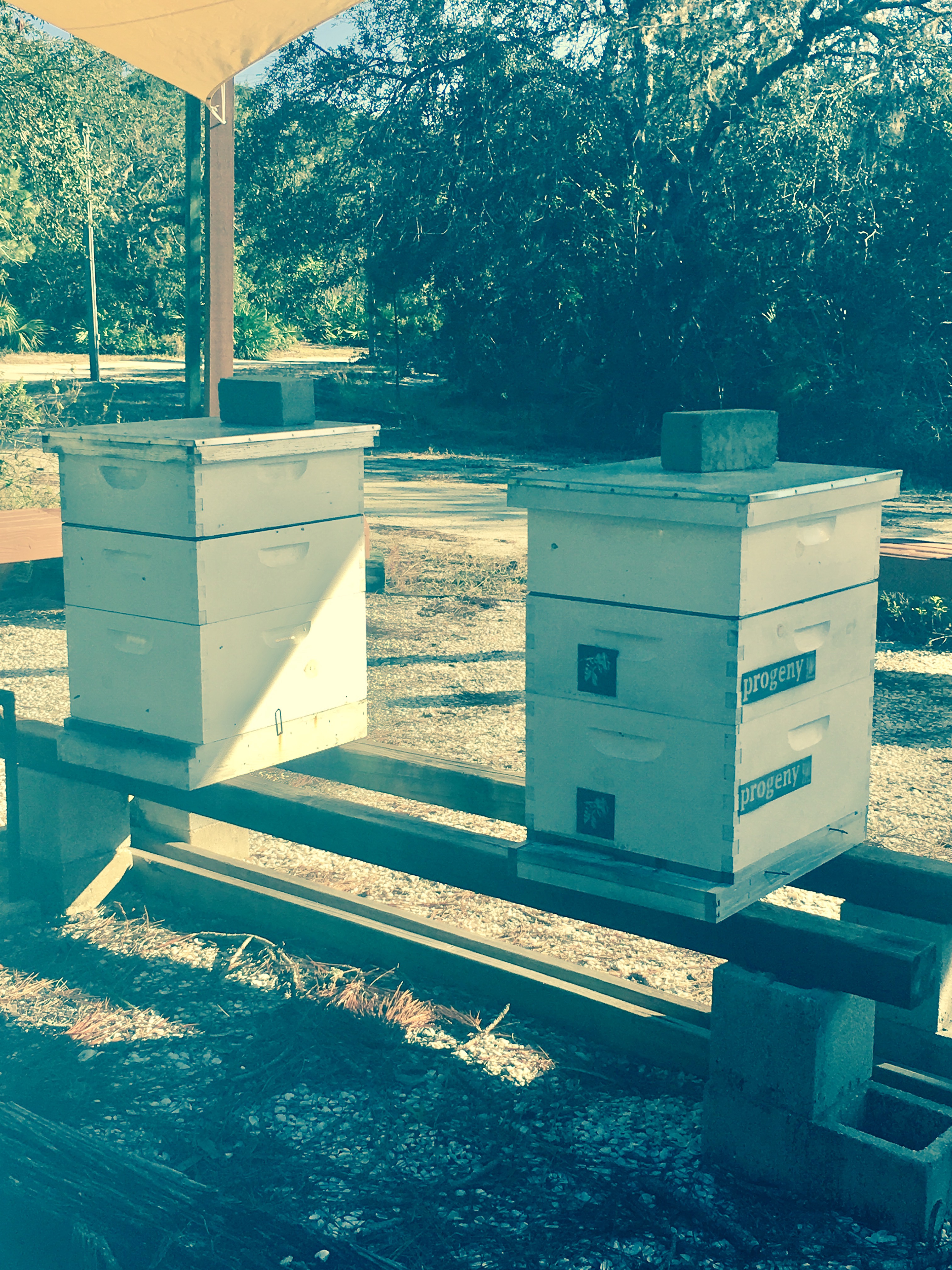 During my recent MFA residency, one of my classmates (a fellow lit mag editor) found out that the Atlantic Center for the Arts, where we were doing our residency, was home to its very own bee colony. Only a few hours later, our professors convinced the resident beekeeper, Doug McGinnis, to give us a tour of his hives and teach us what he knew about beekeeping. What could be more poetic?

As a group, we followed Doug down the path, listening as he pointed out local flora, each with an accompanying story. Doug taught us about evolutionary biology, the lives of Florida settlers, and scrub and swamp ecology. At the hives, he lit up our imaginations: he told us about apitherapy, when bee stings can be used to heal damaged nerves. He told us that honey can last for thousands of years. He told us that many people are starting to practice apiculture in their backyards. And he told us that bees are big business. They are the workhorses of the almond industry, used to mass-pollenate the crops. (During his talk, I kept coughing. Dear God, how embarrassing. Apropos, Doug suggested that I needed some honey to soothe my throat.) After his talk, we sampled honey from around the world.

Bees are rife with symbolic meaning and imagery. They can represent community and work ethic. They dance to communicate. They make it possible for flowers to exist in the world. Honey is a symbol for spiritual nourishment. For ages, honey has been viewed as the food of saints and gods.

During Doug’s talk, I tried to think of books that include bees. There is Bone Gap by Laura Ruby and The Secret Life of Bees by Sue Monk Kidd. There is Little Bee by Chris Cleave and The Bees by Laline Paul. These four are YA novels. Nothing comes to mind for adults. (I would be interested to read some though.) And of course, there is Rupi Kapur’s poetry book, Milk and Honey, but that isn’t really about bees.

Doug suggested two nonfiction books if we wanted to learn more about bees: The ABC and XYZ of Bee Culture by Amos Ives Root and Honeybee Democracy by Thomas D. Seeley.

Learning about bees is a good place to start if you want to do your part in protecting our country’s bees. Doug gave us three other things we can do, too.

Bees: What You Can Do

Keep our planet in mind when making choices big and small. Have other world-saving advice? What books have you read that would make our planet safer? Comment or tweet me: @becky_renner