Electric Sheep, Wilder Penfield, and the History of Consciousness 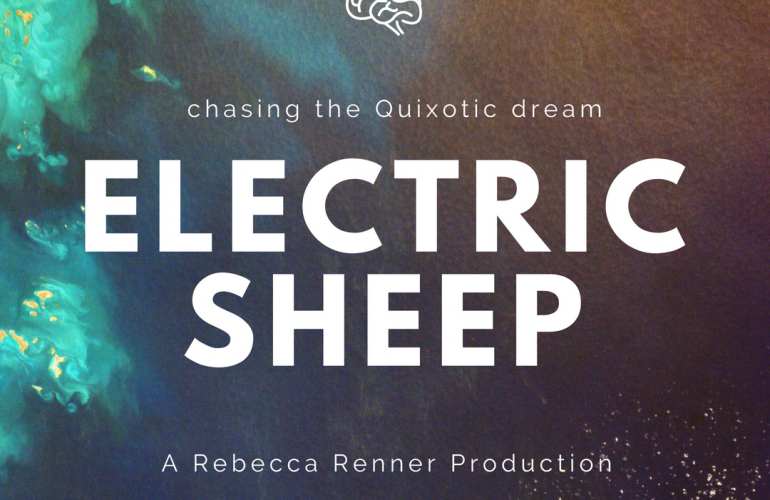 Every family has a myth.

I know yours has one, a story passed down bedtime to bedtime, or on long car trips to get you to shut up. The more exciting they are, the more likely they’re fake.

My family, for example, has been cobbled together from horse trainers and surfers, southern belles, cattle drivers, a Powhatan princess, half the Confederate Army, a pirate, a famous architect, and the man who mapped the brain.

You and I both know it doesn’t matter if these stories are real. They’re all part of our personal myths. They’re the stories we tell ourselves about us, and even in their, shall we call them, less than true spots, they can feel more genuine to us than the lives we have actually lived.

Now imagine my surprise when I found out, despite some obvious embellishments, most of my personal myth was actually the Cliff Notes version of my family history. The real shocking stuff had all been left out.

In the 1968 novel Do Androids Dream of Electric Sheep? by Philip K. Dick, some of the characters use a device called a Penfield Mood Organ. Just by entering a number, users can instantly alter their moods. Most people like Deckard, Dick’s protagonist — you know, the one played by Harrison Ford in Blade Runner — use the mood organ to get rid of pesky emotions like longing and heartache. They live in the very definition of a crapsack world, after all. Their planet has become so artificial that anything natural, like a real sheep, is so astronomically priced that it’s officially a luxury good — hence the dreaming of electric sheep.

I have always been confused about why Dick decided to associate this machine with Wilder Penfield, whose work never focused on emotion, as far as I know. Penfield and his colleagues mapped the brain. But he also devoted his time to studying more abstract topics, like the neural genesis of consciousness or if he could scientifically prove that humans have souls.

Without the Penfield Mood Organ, Dick’s characters experience the existential pain of meaningless existence. There’s the link between Penfield and the mood organ; albeit it’s an accidental one: more than one of Penfield’s colleagues died by suicide. One of them is my grandfather, Dr. Henry Lamar Roberts.

I have always felt a connection with him that is difficult to explain. For a long time, I was afraid I’d meet a similar fate. Sometimes that fear rises in me, but in those moments, I seldom think of him.

But because of that connection, I can instantly recognize him in photographs. What I can’t seem to recognize is what was going through his thoughts.

Perhaps the poison lurked in his studies of the human mind. Probing the biological origins of consciousness is like looking through a glass darkly. How deep can you go without leaving something behind?

Up until very recently, I barely knew this about my grandfather. I only knew the stories my mother, his daughter, told. My mom has a history of mental illness herself. And, like me, she wouldn’t so much tell stories as regale. So for the longest time, it was difficult to pick the truth out from the mythology.

All I knew was that he had died, and he’d passed along a set of genes that came with a love of language and a pre-packaged set of personal demons.

But for all I knew, ours was a tragedy on a small scale. I had no idea his story was the missing part of so many others.

Then I read Patient H.M., Luke Dittrich’s book about the famous amnesiac patient Henry Molaison. The story takes a detour to the Montreal Neurological Institute, aka the Neuro, which was founded by Penfield. My grandfather, Penfield’s protégé, did his residency and subsequent research at the Neuro.

The book went on to recount a story I had heard dozens of times before. Penfield is doing surgery on a woman. Her skull has been opened, and he has a probe in her brain. But the patient is awake. She’s under local anesthesia. Penfield stimulates her brain tissue, trying to locate the source of her seizures.

“I smell burnt toast!” she calls out, and the doctors know they’ve found the right spot.

I had been walking my dog, listening to this audiobook. When I came to this story, I froze, rewound and listened again. Imagine hearing one of your grandmother’s yarns told back to you in a book. I had no idea anyone else had ever heard it before. Turns out a lot of people have.

But there was a problem with Dittrich’s version — my grandfather was missing. In fact, he was never mentioned, not once in the entire book.

So I assumed he wasn’t important enough, and I put the story out of my thoughts for more than two years.

Then on January 26th, Google honored Wilder Penfield with a Google Doodle of a brain and burning toast. For a whole day, everyone was talking about him. They were also sharing the Canadian Heritage Minute that features the same story I’d grown up on:

Inspired by the brief Penfield fever, I started thinking about my grandfather again. He had published a book with Penfield. He even started the department of neurosurgery at the University of Florida. Why didn’t anyone know who he was?

Determined to find some answers, I contacted Osler Library of the History of Medicine at McGill University in Montreal. The librarians there sent me a few files, like photographs and memos that referenced him. But cataloging is imperfect. The best way to discover something in an archive is to dig through it yourself.

But the Osler librarians did discover something from Penfield’s desk after he died in 1976. Penfield had kept a portrait of my grandfather, who would take his own life two years later. His was the only portrait on Penfield’s desk. He was important to Penfield.

Then where did his legacy go? Why did he disappear?

And why did he die?

Me when I think too much about all this.

So Rebecca, this was a long-ass blog post. What in the hell are you doing?

Well, me, I’m actually writing a book about this. The tentative title is This Is Your Brain on a Quest. It’s about mental illness, the history of brain surgery, and the search for my grandfather’s legacy. While I do the research, which will include gallivanting across North America to get doors slammed in my face, I’ll be documenting part of my misadventures in this series of blog posts I dubbed “Herding Electric Sheep.”

You can follow along by subscribing to this blog.

You can also help me out by contributing to my Patreon or buying me a Ko-Fi.

I’m a freelance writer, so that means I spend a lot of time writing other things. If I can get only a fraction of my followers to contribute just a dollar each to my Patreon, I can focus on finishing this book.