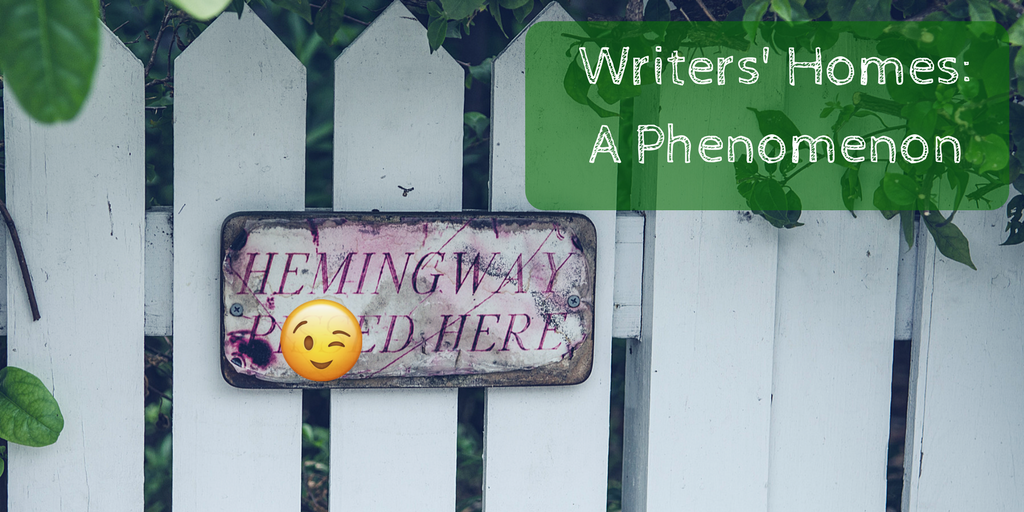 In the summer of 2016, my cousin (a fellow book nerd) and I journeyed to Key West to visit the home of Ernest Hemingway. A bizarro heat cloaked the whole day. We saw dozens Hemingway lookalikes on the street. There was a contest apparently, but knowing that didn’t take away from the feeling of surrealism. It was the heat, I told myself. The heat turned the tour group chatty as we petted the cat perched on the great writer’s bed. A mother said to her son that people would tour their house like this someday. That made me chuckle. He must have been a writer, especially from the way he shrunk from the volume of her voice.

That mother’s words got me thinking how strange this all was. There we were, twenty strangers touring a dead guy’s house, petting the six-toed descendant of his cat, marveling at the authentic bathroom fixtures (even the urinal in his garden). I was the only English teacher among us. Of the people I talked to, there were a few students, a postal worker, and a nurse. I knew why I was there: to experience and tell my students about it when I go back. But why were they?

Of course there are Hollywood tours, but most of them seem to focus on pointing out houses and hoping for celebrity sightings. On others, you can tour the sites of famous deaths and murders. Then there are homes famous for their architecture like the Biltmore. Historical residences like Mount Vernon bring the past to life. They also memorialize figures in our country’s collective imagination.

Wait. There is no air conditioning. His wife took out all the fans to put up chandeliers. Hemingway probably sweat like we were sweating. Hemingway was a human despite his miraculous gift (and hard work) with words. People tour writers’ homes to see writers both ways. They want a little bit of the mystical to slough off on their lives, but they also want to witness the mundanities, hence our fascination with Hemingway’s toilet.